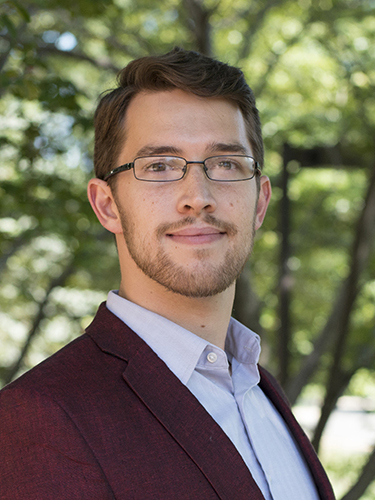 Mark Fuge is an Associate Professor of Mechanical Engineering at the University of Maryland, College Park, where he is also an affiliate faculty in the Institute for Systems Research and a member of the Maryland Robotics Center and Human-Computer Interaction Lab. His staff and students study fundamental scientific and mathematical questions behind how humans and computers can work together to design better complex engineered systems, from the molecular scale all the way to systems as large as aircraft and ships using tools from Computer Science (such as machine learning, artificial intelligence, and submodular optimization) and Applied Mathematics (such as graph theory, category theory, and statistics). He received his Ph.D. from UC Berkeley and has received an NSF CAREER Award, a DARPA Young Faculty Award, and a National Defense Science and Engineering Graduate (NDSEG) Fellowship. He gratefully acknowledges prior and current support from NSF, DARPA, ARPA-E, NIH, ONR, and Lockheed Martin, as well as the tireless efforts of his current and former graduate students and postdocs, upon whose coattails he has been graciously riding since 2015.

Learning to Abstract and Compose Mechanical Device Function and Behavior

MGGD Parameter Estimation on the Space of SPD Matrices

Ranking ideas for diversity and quality

Implications Of Data-driven Models For Design Theory And Methodology

Beyond the Known: Detecting Novel Feasible Domains over an Unbounded Design Space

A Scalpel not a Sword: On the Role of Statistical Tests in Design Cognition

How Online Design Communities Evolve Over Time: the Birth and Growth of OpenIDEO

Analysis of Collaborative Design Networks: A Case Study of OpenIDEO